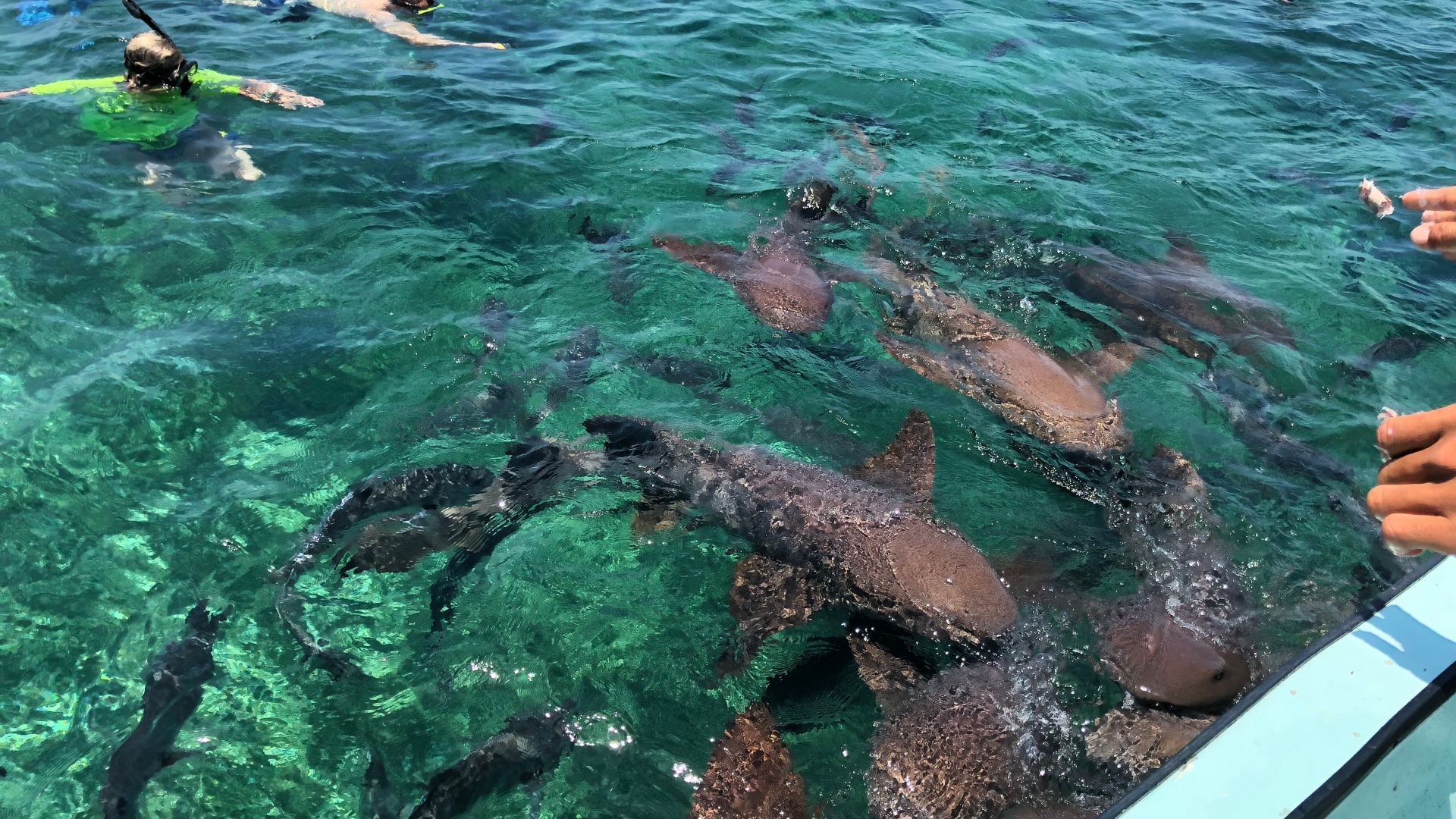 Day 5, unlike most of our trip thus far, was high impact. We decided to embark on a half-day snorkeling tour. After the Great Barrier Reef in Australia, the reef off San Pedro is the second largest coral reef in the world. Consequently, it is home to a large variety of fish, eels, mollusk and plant life. Shame neither of us a GoPro to take underwater pictures.

Unlike the pristine beaches we’ve become accustomed to in St Martin, the beaches of San Pedro have lots of sea grass. Apparently (based on feedback from our snorkel guide), coral reefs and pristine beaches are incompatible.

At the tail end of our excursion, we also got to witness the feeding of nurse sharks. 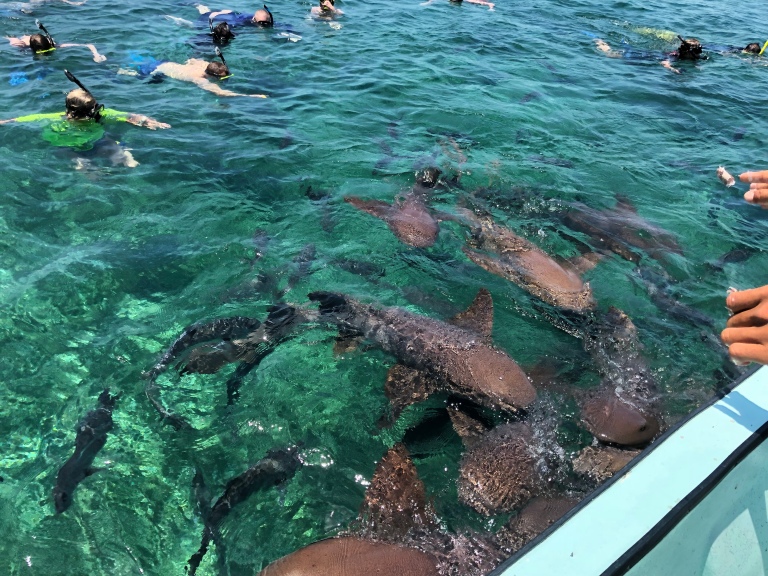 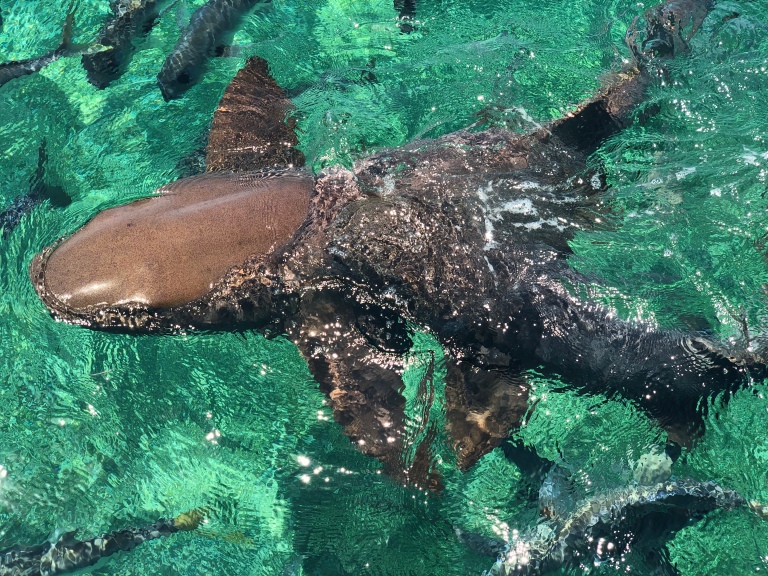 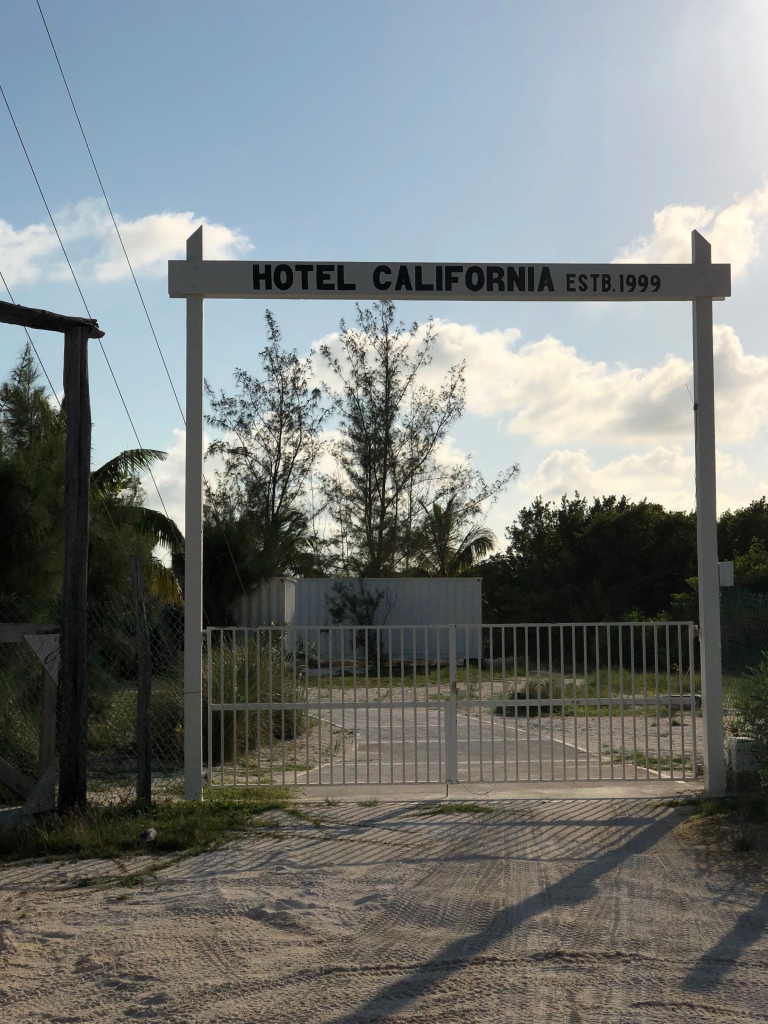 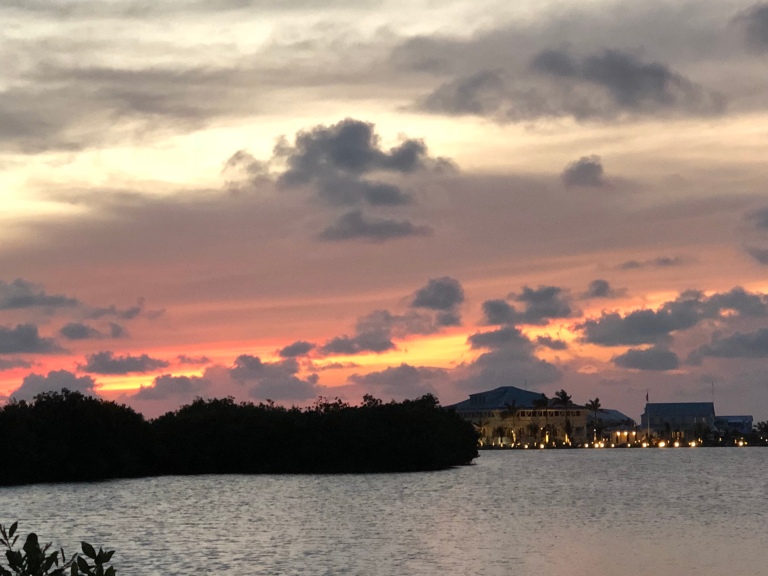 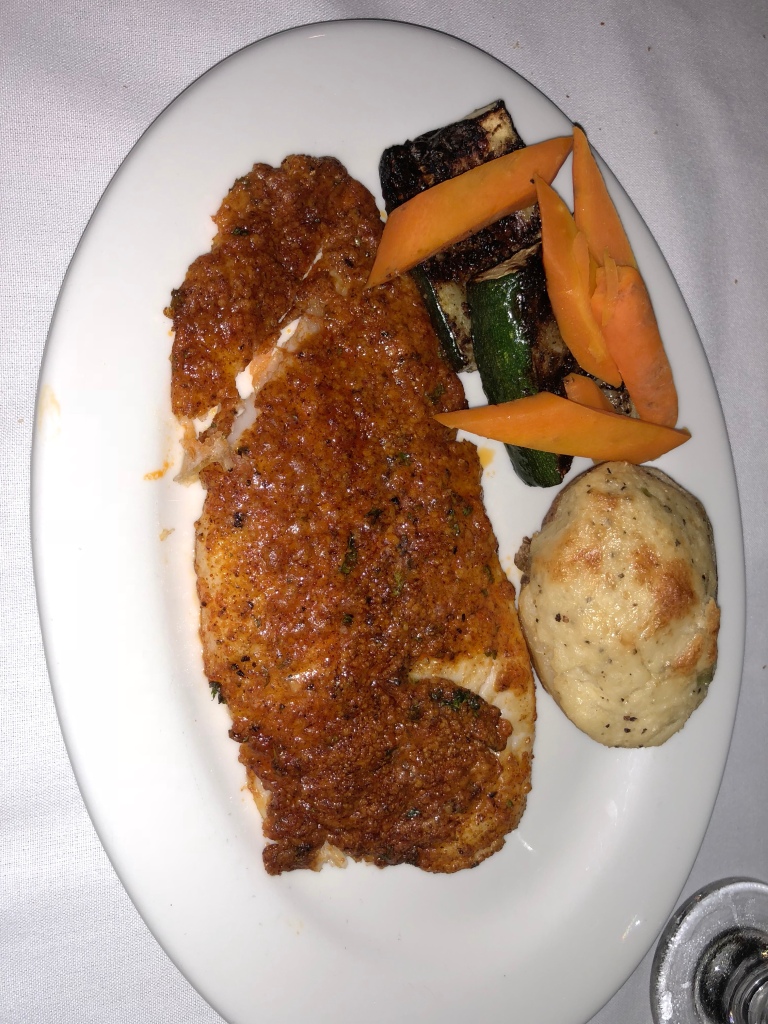 After returning from snorkeling, we motored around the island on a golf cart and had a great lunch at El Fogon in downtown San Pedro. Their fire hearth stewed chicken was reminiscent of a tandoori chicken in a light sauce served with beans and rice.

After lunch we decided to explore the southern end of Ambergris Cay, aptly called the mosquito coast. The most underdeveloped portion of the island, there are lots of single family vacation homes and resorts under construction. While lacking the amenities of the northern and central parts of the island, the landscape is beautiful.

During our mosquito coast exploration we came across a home called Hotel California. We also passed one of the best restaurants on the island, the Black Orchid. After a few hours of downtown, we headed back to Black Orchid for a lovely dinner. As we headed south for dinner, we caught a magnificent sunset over Mahogany Bay Resort. Marcia had a lovely pan-fried group with a light orange pepper sauce. I opted for the Chilean sea bass. A great meal to finish a very good day.